Everything You Need to Know About Kundan Stone

India is a land of rich culture and diverse in religion and culture. India possesses vast range of jewellery designs varying with each state. One such jewel piece is Kundan, which is originated in Rajasthan. The royals of Rajasthan use to wear Kundan jewellery. The ruler Maharaja Sawai jai Singh II dreamt of making the Jaipur city a land of fine craftsmanship, that’s when various artisans from places imparted their knowledge and invented Kundan. The land of Rajasthan resides a variety of gemstones like emeralds, quartz, amethyst, and more. This later invited cutting and polishing art in the city, that innovated attractive jewellery pieces like Kundan necklaces, Kundan nose rings, Kundan bangles, Kundan bracelets, etc.

‘Kundan’ the name defines it as purest form of gold. Kundan is a form of jewellery made from purest form of gold that is 24k, precisely with the core of wax. The formulation of Kundan is a very intense process done with precision by skilled artisans. Glass is integrated in melted gold foils, forming its base. Gold is used as cover to hold the glass or gemstone used in the piece. Meenakari is done at the back of the jewellery, which makes some of the piece’s wearable both ways. As Kundan is featured in 24k gold, it is considered luxurious, but it’s not that costly because gold is used on the edges so the expensive content is less. So, it may look expensive but it’s not that pricy. Although some pieces need high skillset and precision so they may be charged accordingly.

As Kundan is ancestry piece of jewellery dated back to 3rd century BCE started and flourished in the courts of Rajasthan royals and ranged to Mughal era. Kundan is also named as jadau jewellery as it involves of jadau. Kundan is the oldest and one of the finest jewels known in the Indian history. Rajasthan’s warrior family the Rajput’s made use of this heave jewellery.

Earlier Kundan jewellery was crafted and made accessible to royals only, but now it is available for common people also. Over the years, Kundan has evolved and now can be done in 925 Sterling Silver Jewellery also. With this craftsmanship also reduced and can be purchased form a few authentic jewellery shops. The royal ladies of the court used to wear Kundan necklaces, Kundan rings and Kundan bangles as their jewellery. 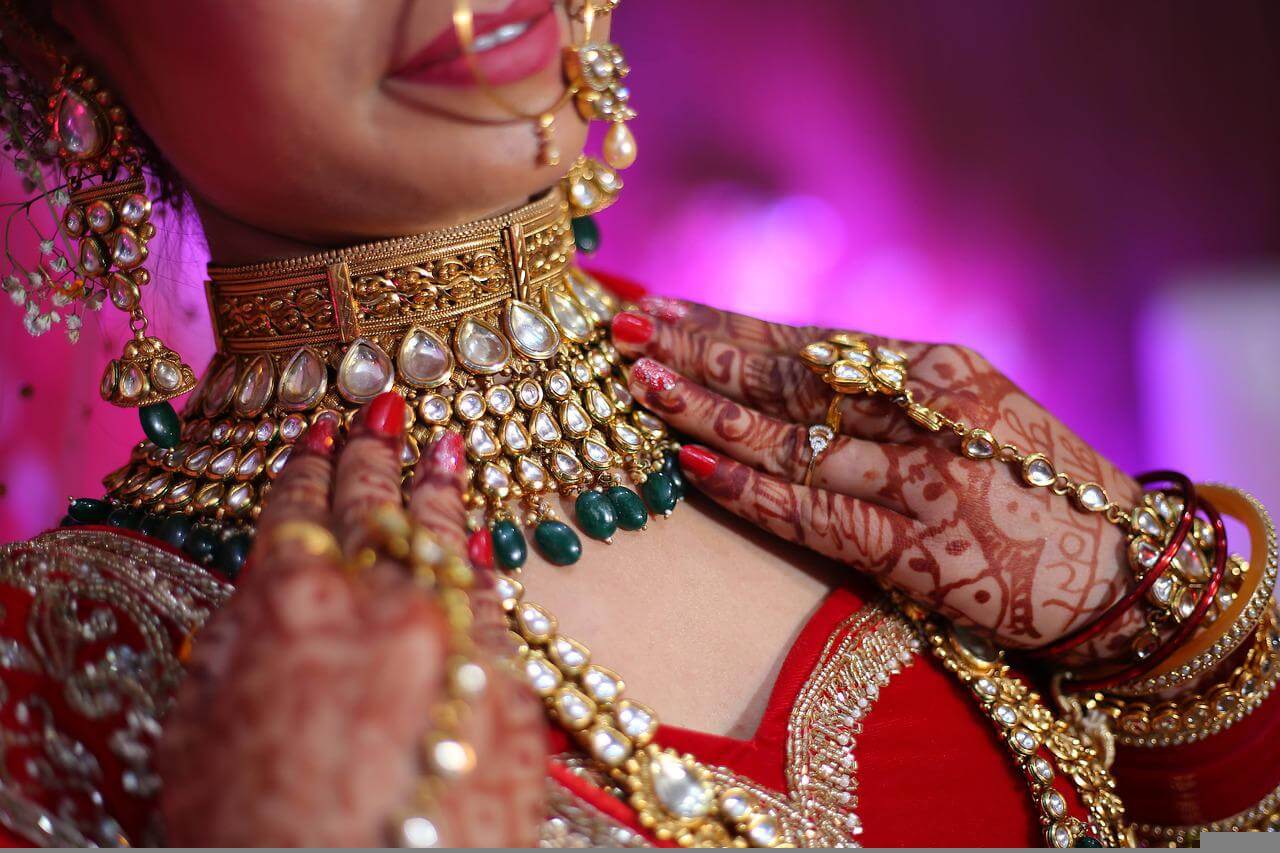 The intricate process of making Kundan starts with framework called ghaat. The next step following ghaat is paadh in which wax is coursed onto the framework and moulded for design. Then next step is khudai where gemstones are placed into the frame and spaces are filled with gold strips or metal to settle it. This is followed by meenakari, an enabling process, for definition of the piece. Next is pakai process where gold foil is soldered with framework to hold the gemstone. Finally, chillai process where gem stones are polished. After all of this meenakari is done with traditional Mughal colours like red, green and whites by a meenakar.

As preparing Kundan is a delicate process, it takes around 3-4 months to craft a small piece of Kundan necklace. This time can vary depending on the intricacy involved in the process of an article.

Kundan as jewellery articles and motifs used in Kundan jewellery.

Kundan gives an elegant and graceful look, that’s why it’s the first choice of brides. There are no set criteria of motif designs in Kundan but lotus and round flowers recurring designs. Floral motifs like carnations and tulips are also trending. Every bride wants a royal look as it is her day, so kudan is their preferred choice. Earlier these jewellery articles were made heavy but now they are formulated in light weight also making it possible for them to carry it easily with the attire.

Kundan stones are used to make necklaces, rings, bracelets and are used in saris and wedding apparel also. They are preferably used for wedding ornaments.

Are Kundan and polki jewellery same?

Often Kundan gets confused with polki. Kundan is basically made with glass stones and coloured gemstones. It involves precious metals and a lot of minute artistry. On the other hand, polki is raw natural form of diamond. Polki jewellery is made with raw uncut and unpolished diamonds, that’s why it looks a little rusty in comparison to lab processed chemically treated diamonds. The process of making it is same as Kundan jewellery but as it involves real diamonds, polki jewellery is expensive in comparison to Kundan jewellery. So, if you are looking for pocket friendly option, then Kundan is your friend. Anyway, Kundan jewellery is anytime desire of all the women and wants to add to their collection. 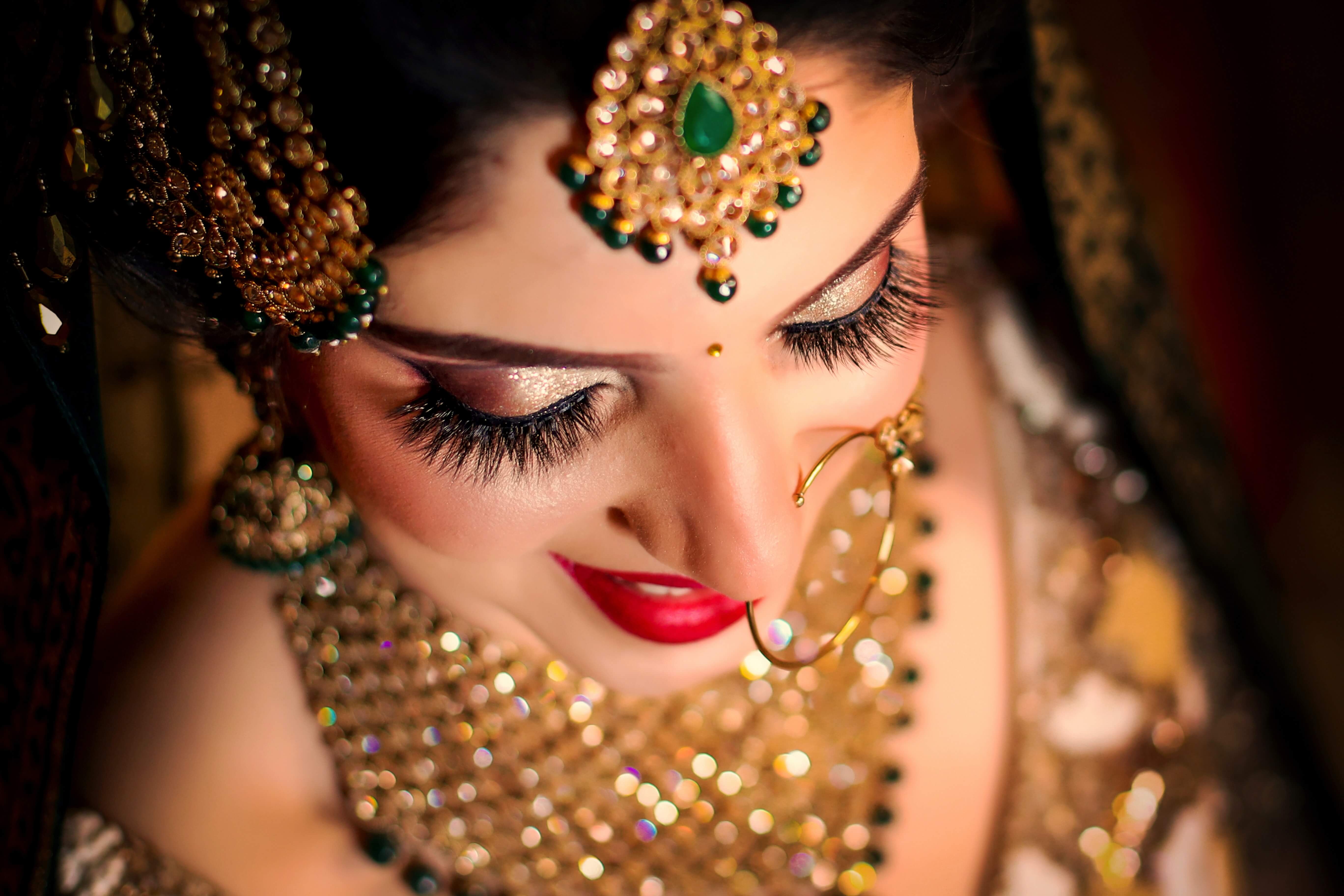 How to differentiate between real and fake Kundan?

As the commercialisation increased the market is flooded with imitation jewellery and artificial jewellery.  Always purchase Kundan from authentic jewellers and with quality certification. As real Kundan is formulated in 24k gold it will be marked with its quality stamp.

Different articles which use Kundan

So, the article articulated all the information about Kundan and its existence. Based on this you can choose your antique Customized Jewellery piece you want to purchase.

Looking For Cheap And Imitation Jewellery? Fash....
Looking for Artificial Jewellery Online? Jewell....
Don&rsquo;t Be In Stress While Shopping Jewellery ....
In Search Of The Latest jewellery Collection? T....
How imitation jewellery has become so popular? ....
Traditional Artificial Jewellery Traditions are....
Jewellery- A Special Item For Every Women! Yes,....
Upgrade Your Wardrobe With Latest Jewellery Collec....
India: A Large Hub of Festivals, Culture and Relig....
Women Love Wearing Jewellery and Fashion Accessori....
How Jewellery brings more smile than other fashion....
Is It worth buying jewellery in India from online ....
Looking to Buy the Most Unique Design Jewellery Se....
How To Dress Up This Year With New Jewellery Sets?....
How to Select The Best Jewellery? Jewellery is .... 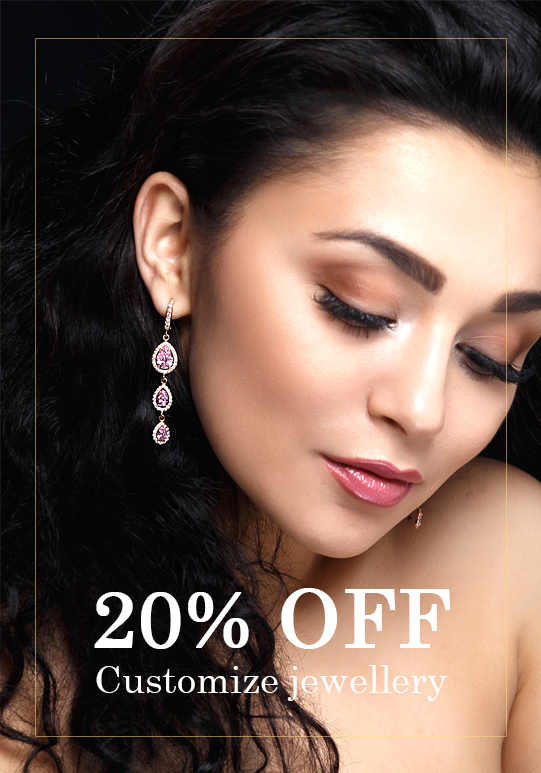 Reset your password by mobile no or email id

Get best deals on customize products 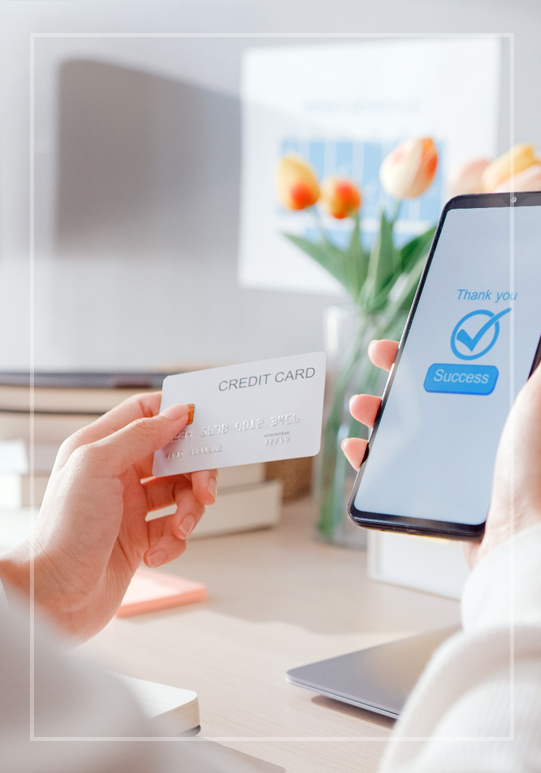 Get best deals on customize products

Fill The Form For Customized Jewellery. Our Team Will Contact You With in 2 Hours